The Benefits and Misconceptions of Preemptive Kidney Transplants

Preemptive Transplant – A transplant performed prior to starting kidney dialysis.

The Benefits
People who receive a kidney transplant before beginning dialysis have lower rates of kidney failure and lead longer lives. Also, the longer someone is on kidney dialysis the lower the transplant success rates.

The Misconception
More than half of the people waiting for a kidney transplant believe that you need to be on dialysis in order to have a transplant.

The following statistics are from a survey and subsequent report titled Barriers to Preemptive Kidney Transplantation which was published in the November 2009 issue of the American Journal of Nursing:

• Fewer than 2.5% of patients with end-stage renal disease undergo transplantation as their initial therapy.
• Most respondents were willing to accept a kidney from a living donor, although they were uncomfortable with asking someone to donate.
• Substantial barriers to preemptive kidney transplantation remain…lack of education is among the most common barrier found in the survey.
• There are also possible psychosocial barriers, such as anxiety and misconceptions about the process, along with reservations about finding and approaching a potential living donor.
• When asked when they had their first discussion with a health care professional about living kidney donation, 27% of all respondents reported that it didn’t occur until after they started dialysis, and nearly 10% reported never discussing transplantation with any health care professional.
• Only 26% of all patients found out about living-donor options in time to consider preemptive transplantation.

Lack of knowledge about living kidney donation and the fear of asking someone to donate were the two most common issues mentioned in the study.

A copy of the study, Barriers to Preemptive Kidney Transplantation is available at: http://lkdn.org/barriers.pdf 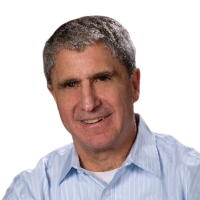